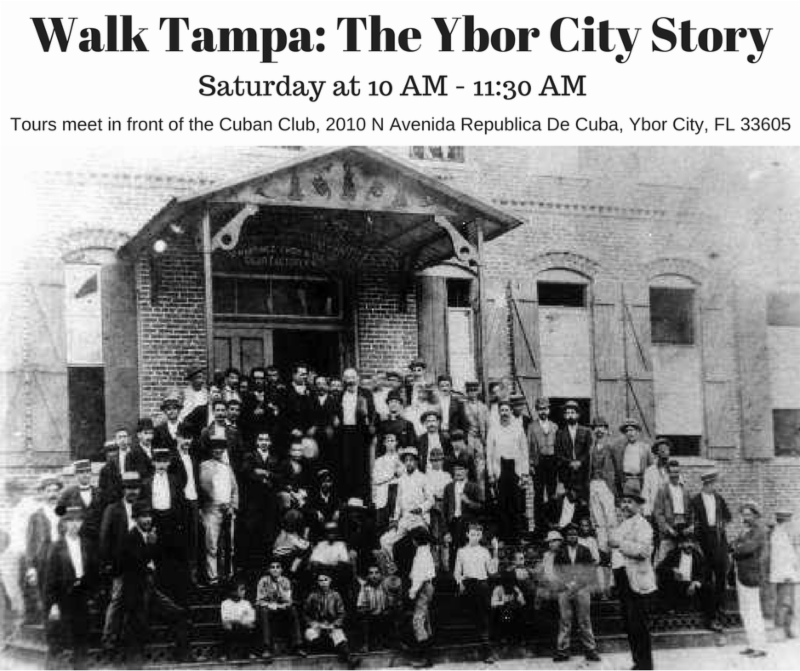 Join the History Center for a guided tour of historic Ybor City. This 90-minute outdoor walking tour is led by a History Center-trained docent and focuses on the founding and development of Ybor City in the late 19th century early 20th century.

Tour the streets of Tampa’s only National Historic Landmark District and learn about the people, social life and work culture of early Ybor. You’ll see mutual aid societies, the Ybor Cigar Factory and other key landmarks, and hear the stories behind one Florida’s oldest and most unique communities.