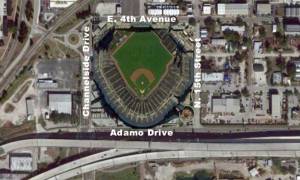 Along with the current population estimates, the Rays project that by 2025, an estimated 1.6 million people would live within a half-hour drive from the Ybor City ballpark.