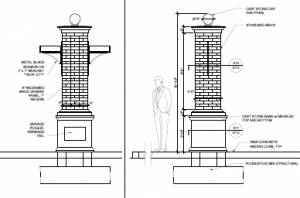 Thanks to the incredible work of the Ybor CAC’s Planning, Infrastructure and Economic Development Committee, the Historic East Ybor & Gary Neighborhood Association and the Barrio Latino Commission (BLC) the East Ybor Gateway Monument with streetscape completion is moving forward. The monument will represent the entrance to the east end of the 7th Avenue corridor, which was recognized as one of the Ten Greatest Streets in America by the American Planning Association. Construction is estimated to be completed at the end of the year. 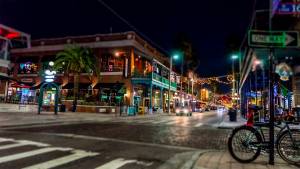 We are one step closer to enhancing the archway lighting along 7th Avenue! In April, the Archway Lights Rejuvenation project will head to public hearing as the district begins to prepare for an official start date. Originally designed as a temporary display, the lighted arches have become an iconic symbol of Ybor City. The goal of the project is to remove the existing arches and add permanent archway structures with lights that match the existing aesthetics of the district. This also is an opportunity to switch to more environmentally conscious LED technology.

Each of the 24 archways will consist of two black powder-coated poles (one on each side of the street) supporting a 34-foot-long aluminum arch with a decorative ‘Y’ medallion in the center. The LED white lights will adhere to the aluminum archway. In an additional effort to be environmentally conscious, the entire archway system will be equipped with a daylight sensor that automatically will turn on the lights at dusk and turn them off at dawn.

Once approved during the BLC public hearing in April, construction is expected to begin this summer. Regular project updates will be disseminated throughout the duration of the project.